Here at university procrastination is a pass-time we students have down to a fine art. Be honest – how many times have you said “Just one more episode” and then found yourself halfway through a box set of The Walking Dead? We’re now in the era of video on demand, getting whatever we want, whenever we want it with sites such as Netflix and Hulu, along with HBO getting its own VOD service in the USA.

But the main thing that has always put me off is the prices. I don’t particularly want to pay £15 a month for movies and shows I don’t want to watch. What if I don’t watch anything that month and I’m charged? Well that’s when I found out about curzonhomecinema.com. With this site you only pay for what you want to watch. No hidden charges. Plus there are hundreds of indie movies all just a click away. On Curzon Home Cinema I found a film that I have been desperate to see for a while now but couldn’t find anywhere: Man On Wire.

Man On Wire is a documentary following French tightrope walker Phillipe Petit who on August 7th 1974 walked across the near 200ft gap between The Twin Towers. Directed by James Marsh who also directed the Oscar winning Theory of Everything looks at the life of Phillipe and the careful planning leading from the inspiration behind his ambitious plan, to the dangerous act itself.

Throughout the picture we cut between the planning of the day and the actual day itself, slowly building itself piece by piece into one big picture. These broken up segments give great tension to the already suspense filled tale, and the heist-like setup is almost too bizarre to believe. The sit down interviews with each of the people involved give both an emotional and compelling narration to this already captivating story, all of which is topped off with photographs, footage and re-enactments from both the planning and day of the walk, giving this picture a very intimate feel.

The broken up segments does have its downside however. I kept finding myself trying to remember what was happing at certain times as new characters are introduced with back story and insightful commentary on what happened, only to be dragged back to the day of the walk. It made the film feel a little disjointed at times but not enough to detract much from the story.

Overall I loved this documentary. The interviews and footage kept me glued to the screen with some jaw hitting the floor moments such as Phillipe lying down in the middle of the two towers on just a wire. It can have you slightly confused about what happened before but this is only a minor nitpick to a great documentary. And with Curzon Home Cinema offering it for only £2 (which you can watch for 48 hours as much as you like), there really is no excuse to miss Man On Wire.

If you’d like to watch this, or any film from Curzon Home Cinema‘s Mavericks and Vanguards collection, we’ve partnered with them to give you 25% off film rentals for that collection until 22nd May. Use CRZSHEFF25 at the payment option page. 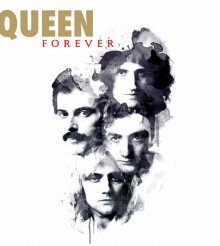 It’s nearly time – Queen will be releasing their highly anticipated latest album, Queen Forever tomorrow, November 10th 2014. Guess what? We have a few copies up [...]