Sheffield United beaten by Fulham in League Cup second round

Sheffield United will not be able to improve on last season’s impressive run in the League Cup after being beaten comfortably by Championship side Fulham 3-0 away at Craven Cottage.

The Blades were poor throughout and, as if the drubbing on the score sheet was not enough, Jose Baxter and Kieran Wallace were dismissed late in the game. The free kick that came as a result of Wallace’s dismissal led to the Whites’ final goal after Moussa Dembele struck from close range after a pinball like move.

United will be hoping the defeat does not impact on their league form which has been impressive thus far but a trip away on Saturday to Swindon Town who currently lie just two places below the Blades in 6th will not be easy. After four games United have nine points in their quest for promotion, a target that they should achieve.

Prior to the Tuesday night clash manager Nigel Adkins had been praising Kieran Wallace’s maturity. “Kieran has got a great attitude about him. He’s eager to improve and learn.”

Fulham have been poor in the league this season and have just two points from four games but they were able to find their feet in a game that saw former Leeds United striker Ross McCormack secure a brace including a penalty in the 62nd minute to open the scoring.

Last season Sheffield United reached the semi-finals of the competition where they were unlucky to be knocked out by Tottenham Hotspurs 3-2 on aggregate.

A minute’s silence took place before the start of the game in honour of the two Worthing United players – Matt Grimstone and Jacob Schilt – who were killed in the Shoreham Air Show crash on Saturday. 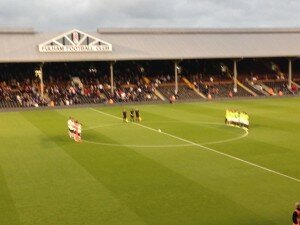 Written by Jess Peace   Festival season is finally upon us. Taking over the city once again, Tramlines is a music festival that offers some [...]

It’s nearly time – Queen will be releasing their highly [...]